It’s been a while since we last reported on the happenings in the retail tech space, but last week’s events, especially in the Israeli retail tech space, brought me back here to spread the news out about the amazing progress of some of our startups.

Before we dive into that, some international retail news that we think are worth discussing.

Is it the end, or a new beginning for M&S?

Iconic retailer M&S has been part of the FTSE100 since its inception in 1984. On September 23 the stock will be crashed out of the index for the very first time, letting the retailer’s brand get pushed on to the smaller sibling – FTSE250.

While symbolically this is a big blow to the brand, in reality this doesn’t really change anything. Or as Archie Norman, chairman of M&S, claims ‘the sky won’t fall in.’ If anything, this might be just what M&S needs in order to have space to focus on developing its strategy without such intense focus from the City.

So, what is M&S doing to get back to its glory days?

1 – Investing in food: while plans to close 100 underperforming clothing stores are well on their way and scheduled to validate by the end of 2020, M&S is planning to open 75 more food stores it feels it could have an impact in.

2 – Online sales: being late to enter the online retail business plays a major part in M&S’s slow down. But – better late than never! In February this year, M&S bought 50% of online-only supermarket Ocado for £750m (a move that ended Ocado’s partnership with rival Waitrose), and has plans to offer its full range of food (that’s around 7,000 products) online through Ocado by September 2020.

3 – Price cuts: in a bid to become a weekly destination for grocery shopping, M&S has lowered prices on 400 lines. M&S says it’s done this without reducing quality and instead found ‘efficiencies’ in its current processes – for example, by using just one supplier for chicken in its sandwiches and its ready-meals, rather than buying from multiple sources.

4 – Focus: If in the past M&S has tried to cater for everyone through multiple fashion lines, some performing purely than others, it now wants to refocus ‘from buying wide to buying deep’ and focus on best selling designs.

AI is coming to a supermarket near you

Last week the 2nd Grocery Shop in Vegas took place, and boy what an event it was!

While personally I didn’t have a chance to attend, following friends and colleagues on Twitter and LinkedIn got me both jealous and overwhelmed by the immense flow of information.

The event launched in 2018 by the same team who founded ShopTalk, is now the leading event for grocery & CPG Innovation. This year’s theme was focused on the transformation of retail across convenience stores, supermarkets and e-commerce, and CPG’S production and distribution process transformations. One of the key topics discussed was the changes on consumers behavior and the fast new way to think, decide and shop, and of course – how new technologies are impacting new expectations and experiences.

Oriient was founded in 2016 and graduated from the Nielsen Innovation Lab in Israel. Their technology allows people to navigate large indoor areas and identify items in an easier and faster way, just by having a mobile device. The good fact is that it does not require Wi-Fi, beacons or hardware installation, as it is based on Earth’s magnetic field and user’s smartphones.

For those who missed Grocery Shop, or for those that took part and were left longing for more – worry not! ShopTalk is right around the corner, and following last year’s success, we are doubling the size of our Israeli retail tech pavilion and inviting exceptional startups to join us. Reach out to us to learn more about this opportunity.

Founded by the talented Gabay brothers, Trigo has developed computer-vision system that uses advanced AI and algorithms to identify and record items grabbed by shoppers while they are in the store. It is an automated checkout system that replaces cashiers, just like Amazon Go, but its difference is that it is not bounded with any company and it works with or without loyalty cards.

Besides identifying what the shopper is buying, it also makes sure that they are not charged twice and if they don’t take an item in the end, it makes sure it is not charged.

They have picked up a funding Series A round of $22 million; manage by Red Dot Capital, and previously with the participation of Vertex Ventures Israel and Hetz Ventures. The total raised by Trigo totals in $29 million.

The largest grocery in Israel, Shufersal, is planning to implement Trigo’s solution in 280 stores in the next five years, and they are also working with one of the largest groceries’ retailer in the UK.

Syte raises $21.5M in series B funding to bring visual search to the masses

It has raised in Series B funding a total of $21.5 million, led by Viola Ventures and merged by high profile investors Storm Ventures, Commerce Ventures, and Axess Ventures, bringing its total funding to $30 million.

Syte has also announced that after the inauguration of its new New York Office, they are planning to expand to San Francisco as well. They are also ready to grow their team, looking to hire 70 new team members.

Founded in 2010 by Daphna Nissenbaum, TIPA manufactures and designs plastic-like bags and packaging that are fully compostable as an alternative to conventional plastic packaging.

A $25 million funding round was raised by TIPA, with investments from Blue Horizon Ventures, Triodos Organic Growth Fund, and previous investor GreenSoil Investments, totalizing its funding to $49 million.

Besides packaging for the produce aisle, it also offers packages for fashion retailers such as Stella McCartney and Mara Hoffman. 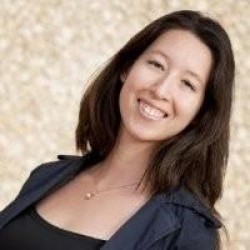