It was an exciting week for the Israeli retail tech ecosystem.

Israeli startups have been sparking growing interest among international companies like Alibaba, Flipkart and Walmart for some time now, and yet two acquisitions in one week is still quite the number.

The deepening strength of Israeli technology in the global retail industry was demonstrated this week by 2 major moves: The acquisition of Dynamic Yield by McDonald’s for $300m, and the acquisition of Infinity AR, an Israeli virtual reality startup by Chinese e-commerce giant Alibaba.

Let’s take a quick glimpse at what led to these acquisitions, along with some other trending stories from the global retail industry:

This is the largest acquisition of McDonald’s in 20 years.

McDonald’s will use Dynamic Yield’s decision technology to provide a personalized customer experience, by varying outdoor digital Drive Thru menu, so items will be displayed based on time, weather, current restaurant traffic and trending items.

According to McDonald’s, the decision technology will also instantly suggest and display additional items to a customer’s order based on their current selections.

Dynamic Yield, which was founded in 2011 by CEO Liad Agmon and CTO Omri Mendellevich, has raised $32 million last August, bringing its total funds raised to $83 million.

The financial details of the acquisition were not disclosed.

InfinityAR, which was founded in 2013, develops augmented reality software. In 2016, the company raised an $18 million investment from Alibaba and Sun Corporation, and has raised $25 million to date.

Rent the Runway is now a unicorn

The female unicorn club is expanding: Rent the Runway announced this week a $125 million investment, and is now valued at over $1 billion (Silicon Valley term for tech companies valued at $1 billion or more).

This cycle marks the most the company has raised to date, with total equity raised to $337 million since its establishment. Hyman plans to use the funds to focus on subscription growth, assortment expansion and development of its logistics tech and operations.

This is a unique milestone for Hyman, who co-founded the company in 2009 with her Harvard Business School classmate Jennifer Fleiss. The idea was to offer women rentable fancy dresses for events so they did not have to buy them. In 2016 Hyman launched ‘Unlimited’, a program which expanded the company’s offerings to everyday clothes.

Nike’s corporate culture is hitting headlines- and not the positive kind.

Almost a year after CEO Mark Parker admitted to internal behavioral challenges at Nike, the company’s culture continues to face legal examination. Ahmer Inam, who worked as a senior director in data analytics at Nike, filed suit against the sportswear giant this week, alleging it racially discriminated against him.

The suit alleges that Inam, who is of Indian descent, was passed up for promotions, paid less than his white counterparts and repeatedly subjected to unfair treatment by Nike’s management due to his race.

This isn’t the first time the company’s culture is getting bad press, to say the least.

-In August 2018, less than four months after an The New York Times shed light on the company’s “toxic” boys’ club culture, two former employees, Kelly Cahill and Sara Johnston, filed a lawsuit against the alleging that it “intentionally and willfully” discriminated against women im both pay and promotions.

-In September, the fallout stemming from the news of Nike alleged “boys club” culture emerged, as Nike Founder, CEO and board faced a $20M lawsuit over ‘Hostile Work’ culture.

-The company later admitted the brand had fallen short in promoting women and people of color and that it would raise salaries for 10 percent of its workforce to help correct pay inequity. 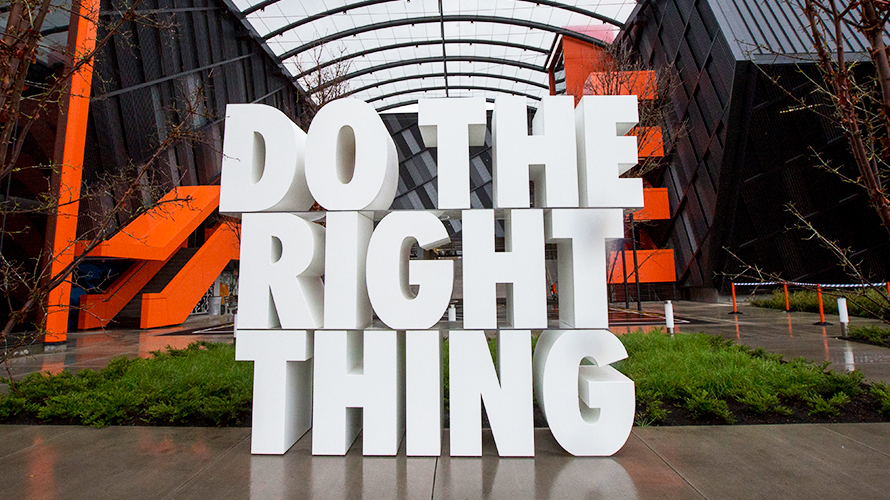 Amazon GO- not so fast.

San Francisco lawmakers are considering a proposal to ban cashless stores, including Amazon Go, following similar bans that have been enacted in New Jersey and Philadelphia.

There are only a small number of Amazon Go stores in operation today. However, last September it was reported Amazon may be planning to open as many as 3,000 locations by 2021.

The drafters for the ban originally omitted Amazon Go since it doesn’t have employees handling cash, but have since expanded the proposal.

Lawmakers argue that cashless stores can effectively discriminate against low-income consumers, who may not have a bank account or credit card. Opponents, including businesses that have gone cash-free, say cashless stores reduce theft and prevent tax evasion.

Now we’ll just have to wait and see who takes the lead.

Let’s talk about unicorns for a minute.

This week was full of exciting news; however, when I heard Rent the Runway has been dubbed as the latest “unicorn”, I couldn’t stop but thinking about how unique – and inspiring – this accomplishment is.

The news about Hyman comes only a week after beauty brand Glossier hit unicorn status as well, reaching a valuation of $1.2 billion.

While they used to be rare in Silicon Valley, unicorns are becoming more and more prevalent. Up until recently, they also remained pretty elusive for female founders.

The latest edition of Rent the Runway, is an example for a company that has scaled and diversified over the past decade while focusing on a data-driven approach to answer its costumers’ desires.

Most importantly, Rent the Runway is led by an inspirational female founder, who was quick to realize today’s millennials seek shopping experiences that are more sustainable and cost-effective.

Slow and steady, she did it. Wev’e got a Unicron.

Inbal is the community and hub manager of the Re:Tech hub, a co-working space for retail and e-commerce startups based in the heart of Tel Aviv. The Hub offers its members industry focused events, access to global partners and various opportunities in the global and local retail tech ecosystem.

If you are in retail and would like to learn what new technologies can help push your business forward, get in touch.